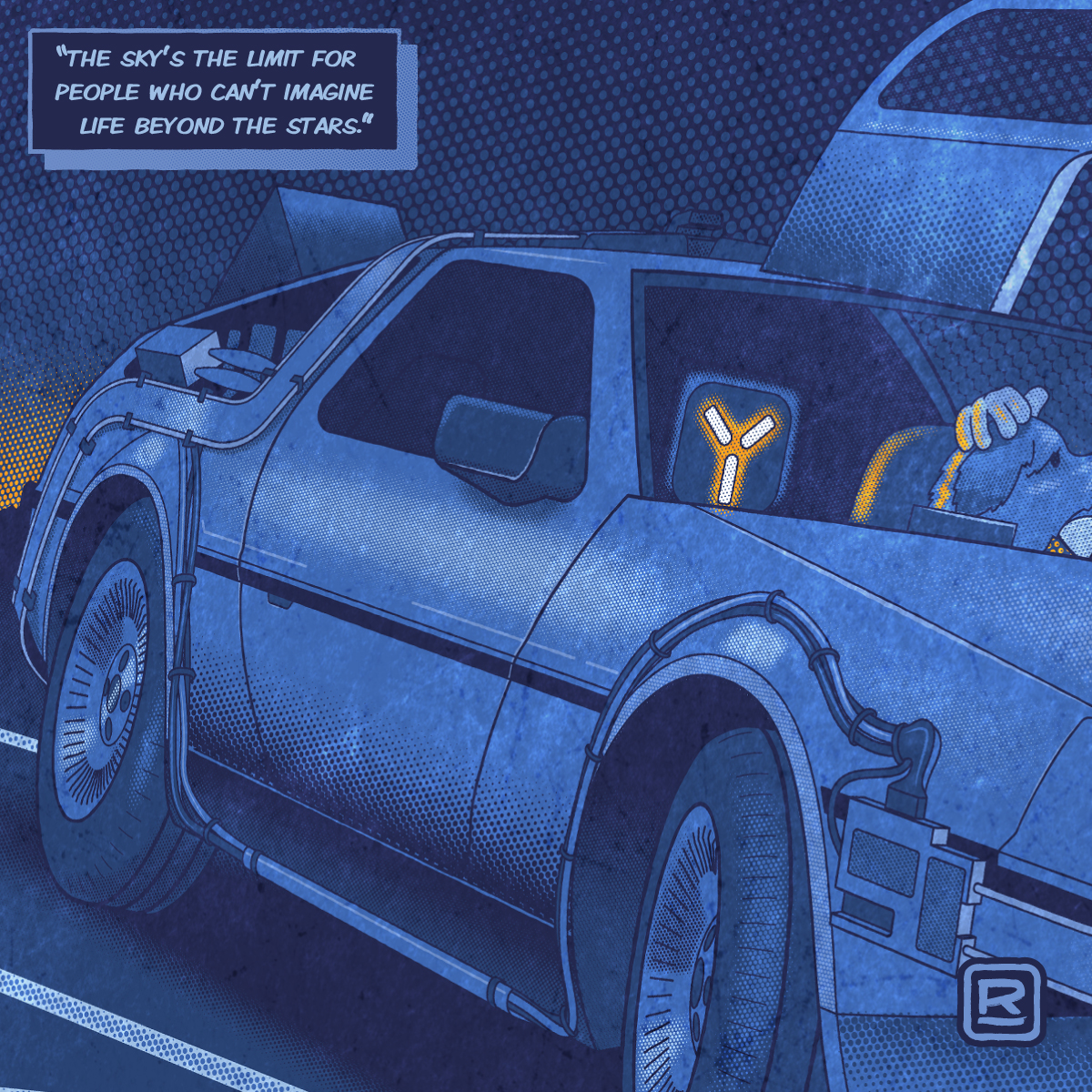 A Tale As Old As Time

Inspired by a 1960's Ford Falcon advertisement and her love for the Back to the Future franchise, Rebecca sought to create artwork befitting that of a 50's comic book.

Reference photos of the DMC12 were taken from the Gran Turismo 6 video game (a method previously used with Shiroi Inazuma) along with photos of replica cars and frames from the film.

Krita was used for the initial sketches and layout for the piece before exporting to Illustrator for lineart and colouring. To give the piece a 'pop art' aesthetic, halftone dots were used for shading as opposed to gradients or blocks of colour. A minimal colour palette of blue, orange and white were used to depict the night scene at the Twin Pines Mall.

To add some credibility to the age of the drawing, weathered paper effects were added in Photoshop. 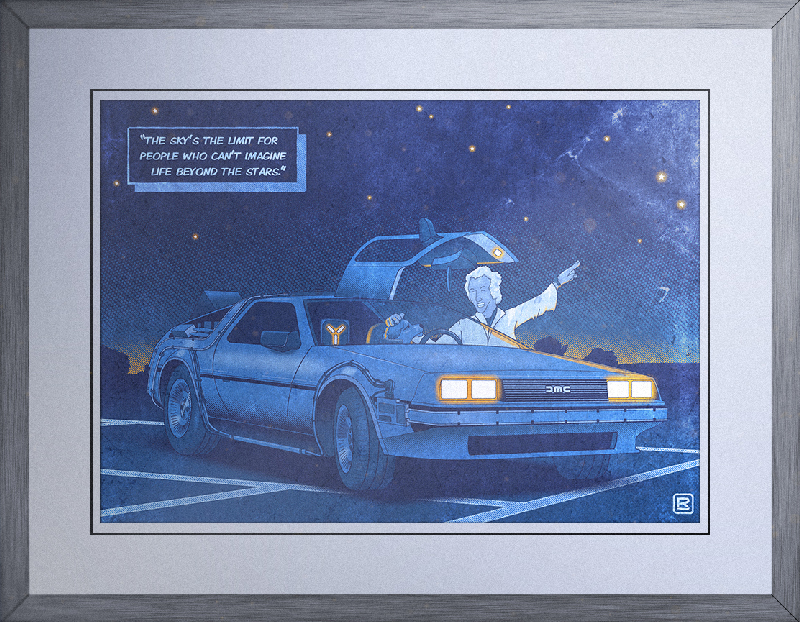