Divina Spiralis began with a question: "Can a car perform a burnout in the form of a 'golden spiral'?"

What followed was an exercise in using mathematics to guide the placement of key elements. Using various assets recently put together for use in other projects, including the top view of a Toyota 86, Rebecca took a crash course in golden ratio to find an answer to her question. 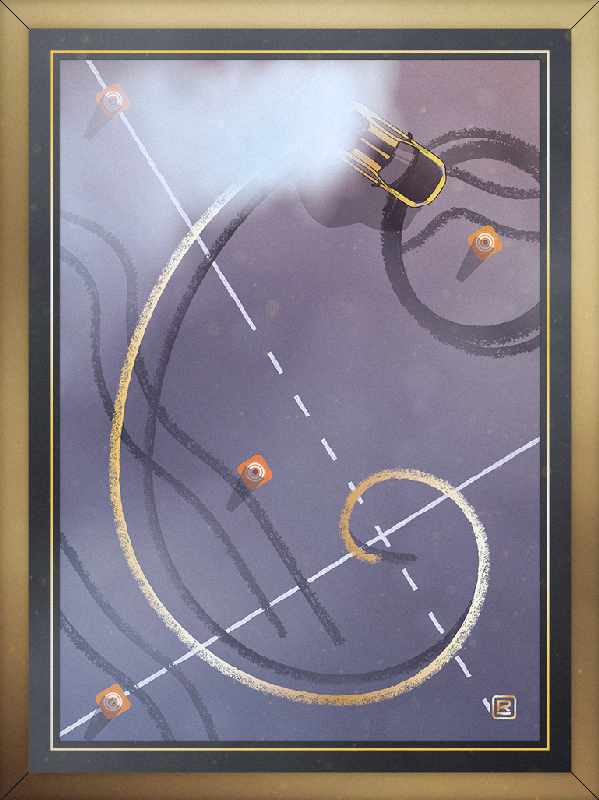 …To Create The Perfect Line!

Two golden ratio grids were used for this project.

The main grid forms the shape of the spiral and the angle of the painted lines. The secondary grid is used for strategically placing some of the traffic cones and changing the solid painted lines to dashed lines for extra visual impact.

Circular tire marks and the more conventional 'licorice straps' were added to the scene to give the illustration a more organic feel. Smoke, tarmac grain and colour grading were all achieved within Illustrator. 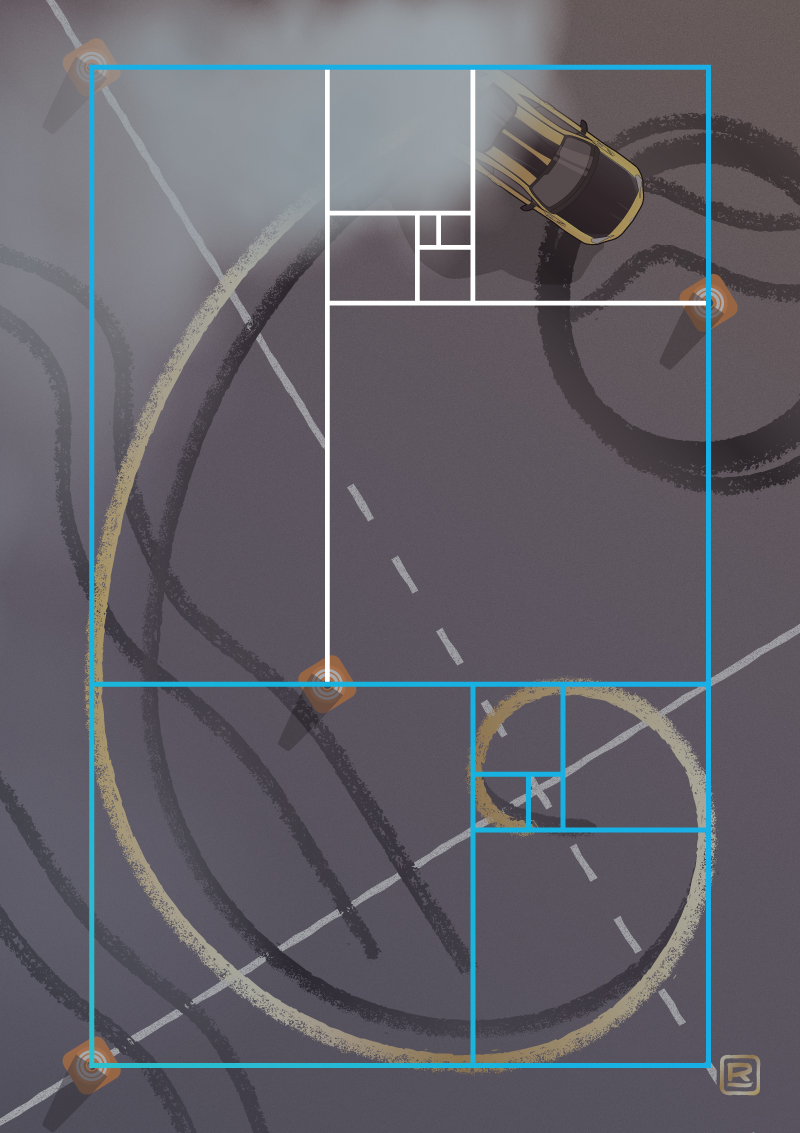