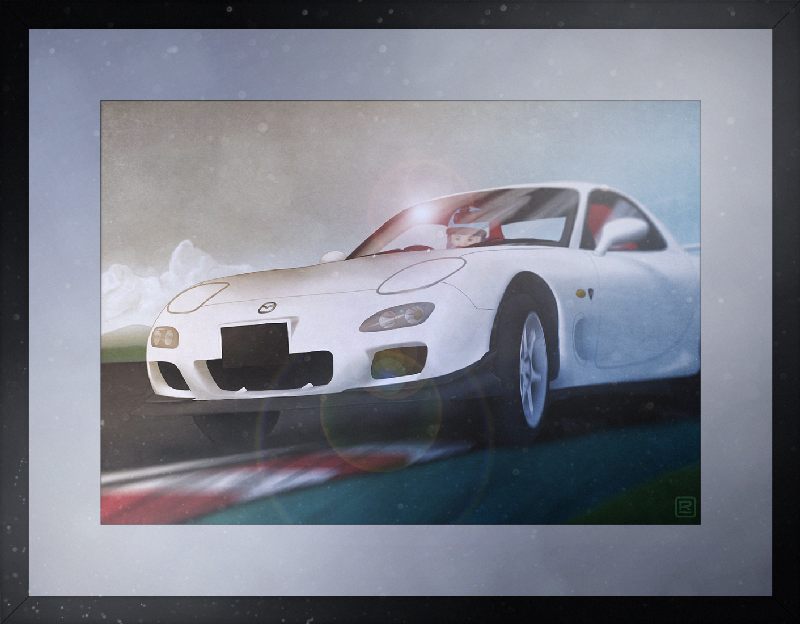 Quick as a flash!

Shiroi Inazuma (translated: White Lightning) features the sleek bodywork of the Mazda FD RX-7 (one of Rebecca's favourite cars) attacking the apex of a corner. Reference photos were sourced from the photography mode of the Gran Turismo 6 video game. The benefits of doing so allowed for any angle of the car to be captured without the need to hire a real-life RX-7, drivers, tracks or any other specialised equipment.

Krita, a free digital painting app, was used for the lineart and colouring before importing the piece into Photoshop for the finishing touches, including: 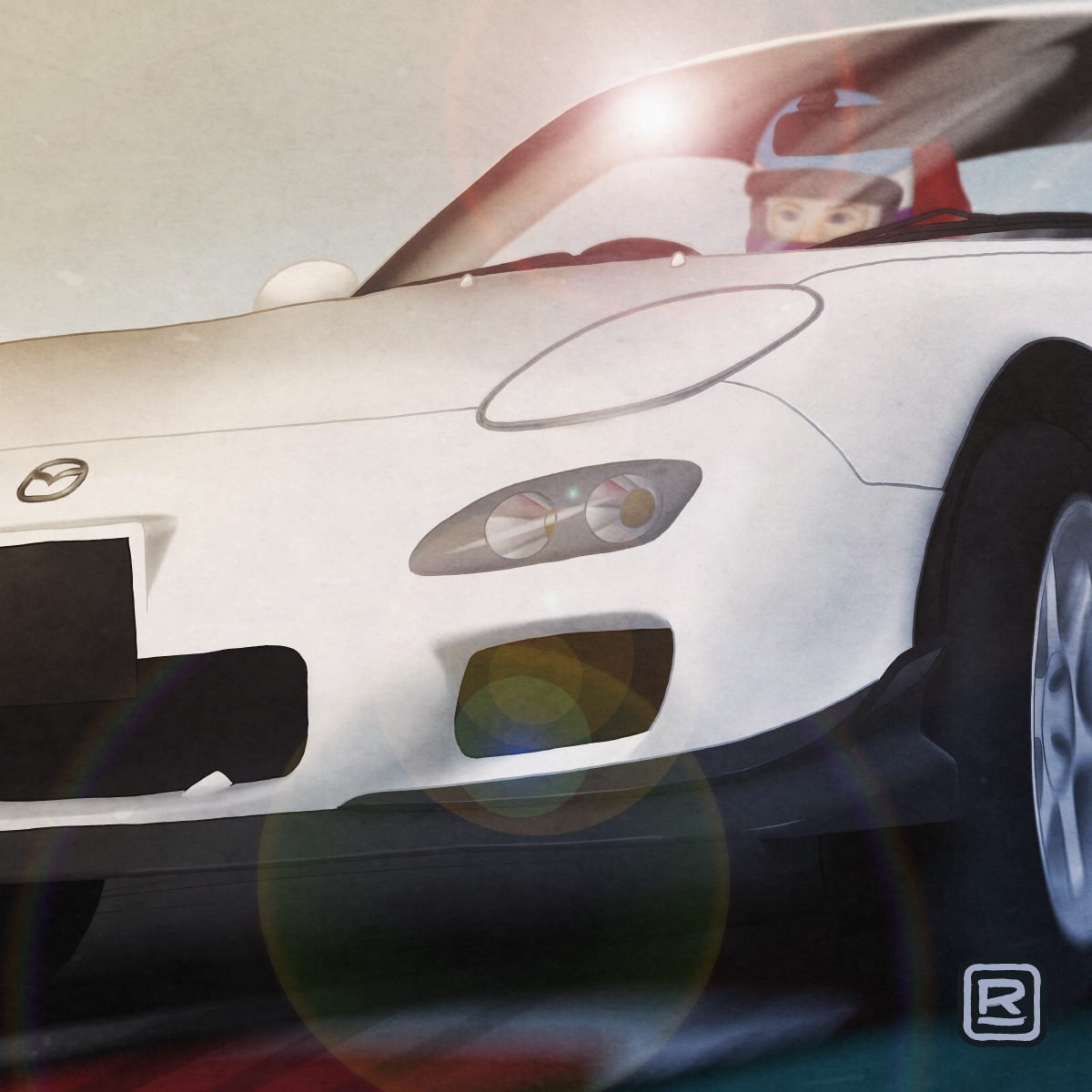