Below is a collection of graphics I have designed as part of my activism for transgender rights and visibility. 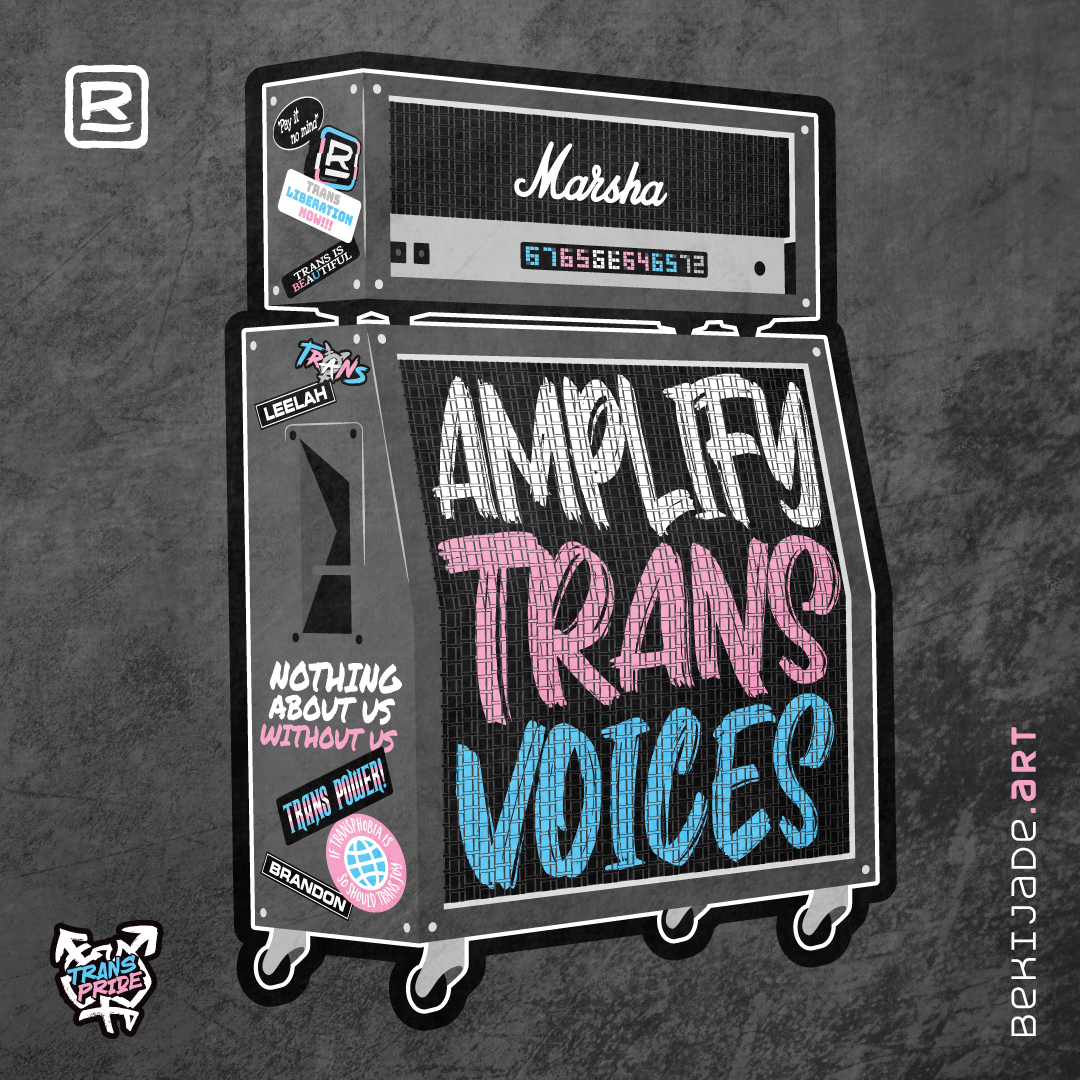 Created in response to the lack of transgender voices being heard in the 2022 Australian Federal election, "Amplify Trans Voices" contains various references to the trans community - notably the modified amplifier badge which is a nod to Marsha P. Johnson.

Johnson is remembered for her efforts in fighting for gay liberation throughout the latter 20th century with her involvement at Stonewall Inn and establishing Street Transvestite Action Revolutionaries (STAR) which provided safe accommodation for trans youth who were shunned by their families. 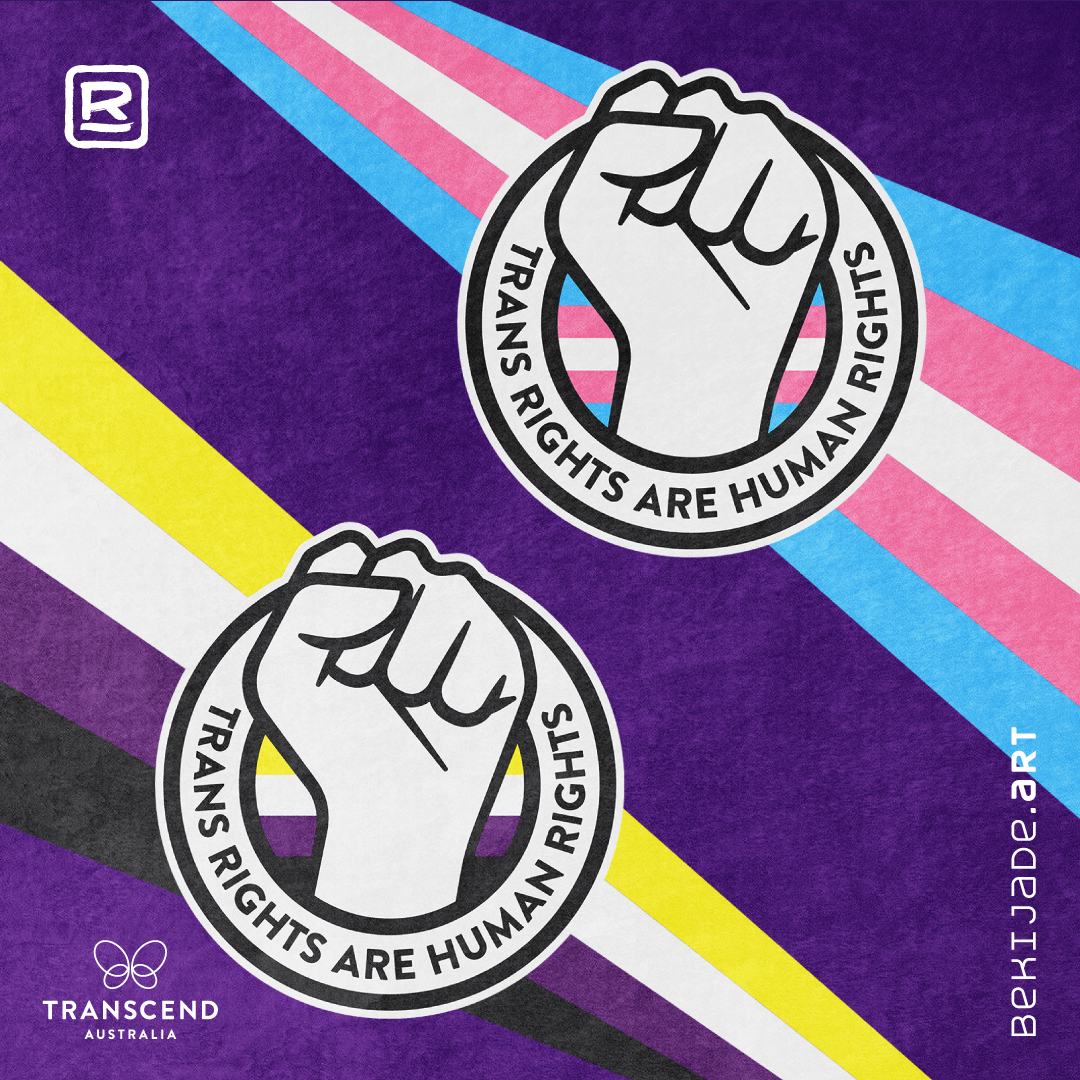 To give back to the trans community, I volunteered with Transcend Australia to develop some additional merchandise and help them raise money and visibility.

The design that was chosen was a classic empowerment raised fist with the slogan "Trans Rights Are Human Rights." There were a few different colour variations created but it was reduced to two final designs: a trans flag version, and a non-binary flag version. 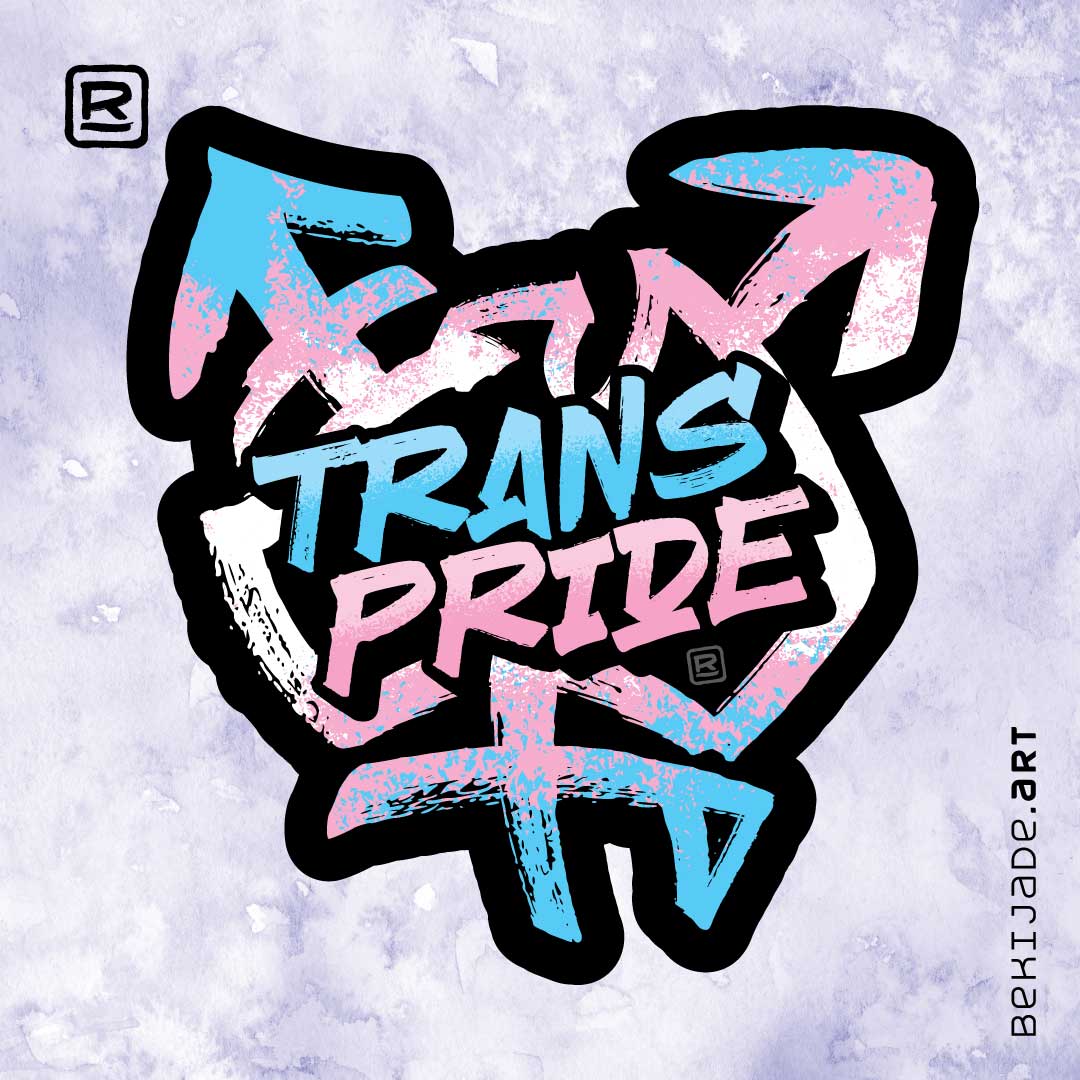 The "Trans Pride Australia" design was a quick exercise in combining the shape of Australia (including Tassie) with the transgender symbol. It's purpose is to represent the Australian trans community.

Inspired by Joshua Smith (Hydro74) and Stickers Against Hate, "Tigers Against Transphobia" combines repeating elements to create an intricate-looking design. 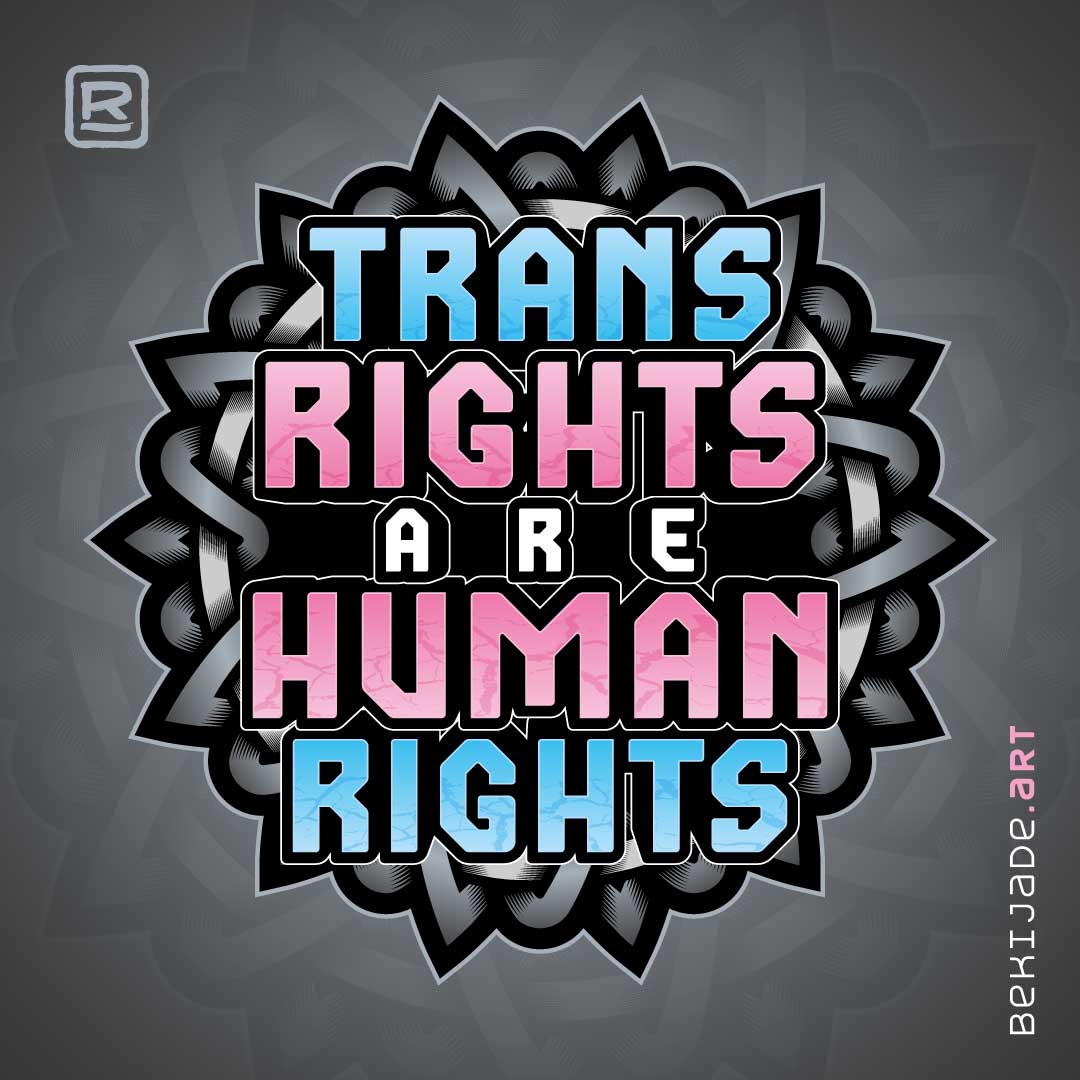 My first design for trans awareness was "Trans Rights Are Human Rights."

The design features custom lettering in the colours and order of the transgender flag. 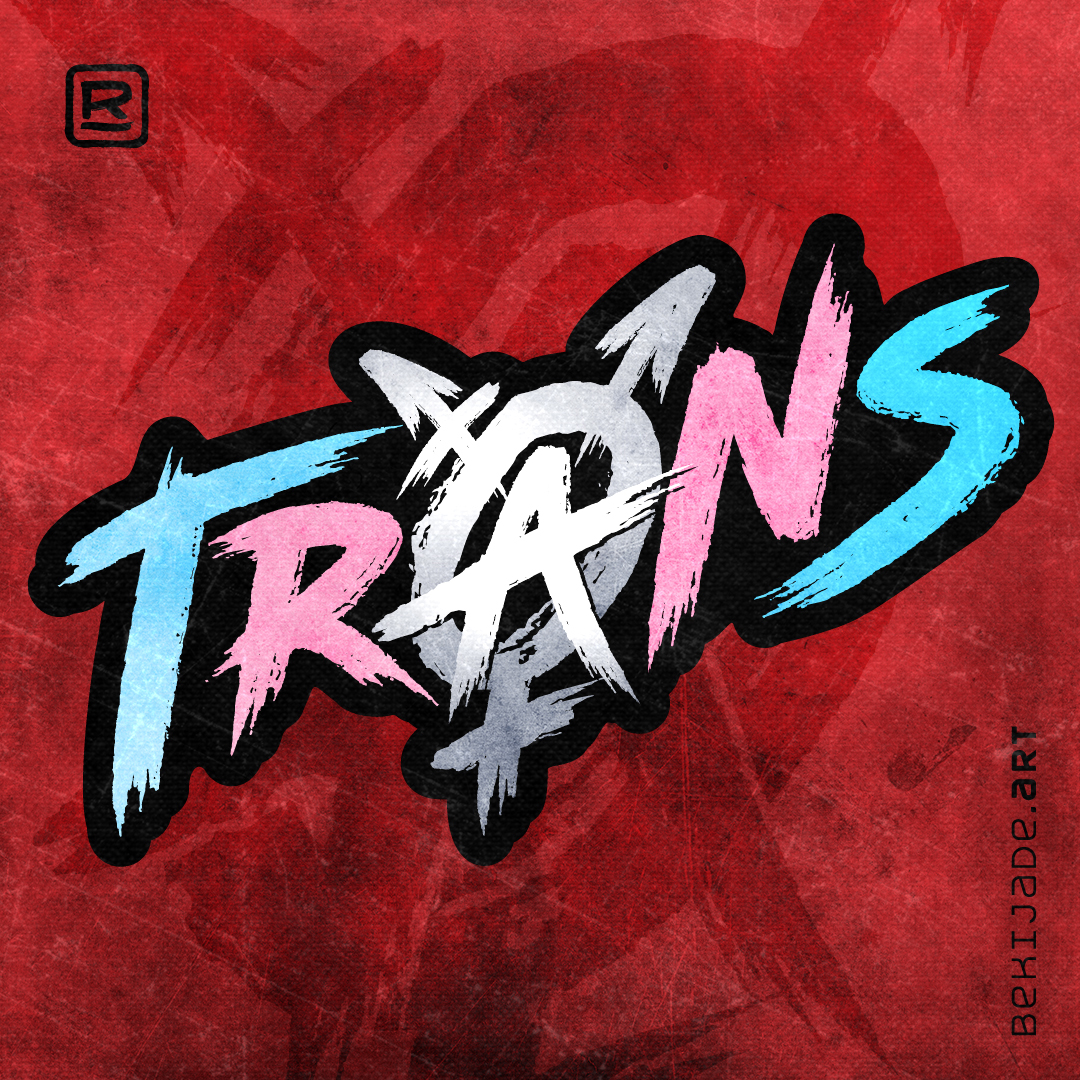 "Trans Anarchy", or "Tran-archy" if you prefer portmanteaus, was based on the idea that our gender identities should not be defined by anyone other than ourselves. Our bodies, our choice!

After participating in one of her first Trans Days of Remembrance, I wanted to create a design to honour the lives lost to ongoing transphobic violence.

This design was submitted to Transgender Victoria (TGV) and the Australian Queer Archives (AQuA) and displayed in TGV's online vigil held in 2021.