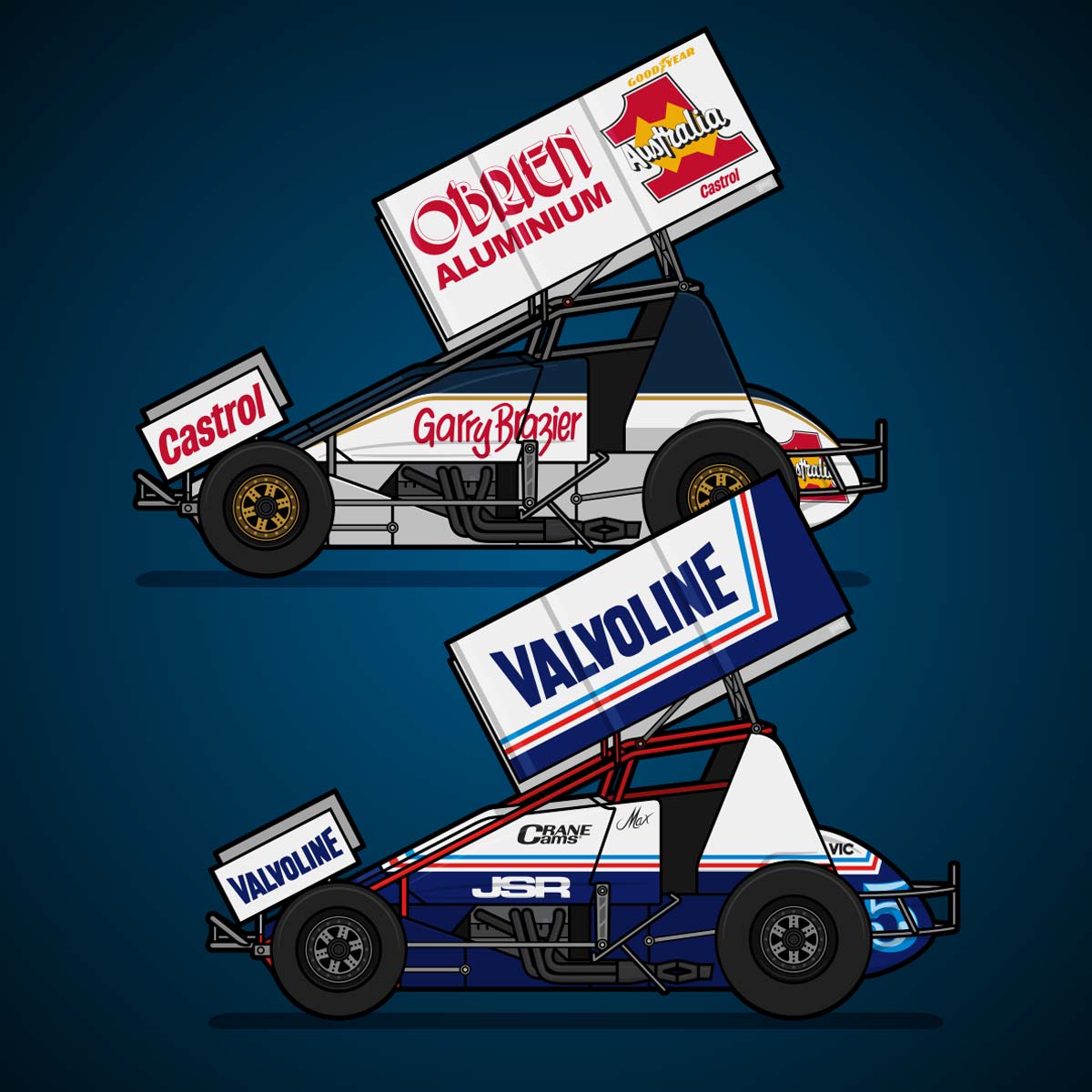 The 410 sprintcar is a class of winged sprintcar that uses a 410cui V8 engine and is one of two classes which compete in Australia, with the other being the 360cui. Sprintcar racing is a popular motorsport category in Australia that has evolved since being introduced in the 1960's and has produced legendary drivers such as James McFadden, Jamie Veal, Brooke Tatnell, Robbie Farr, Kerry Madsen, Garry Brazier, Max Dumesny and Garry Rush, just to name a few. 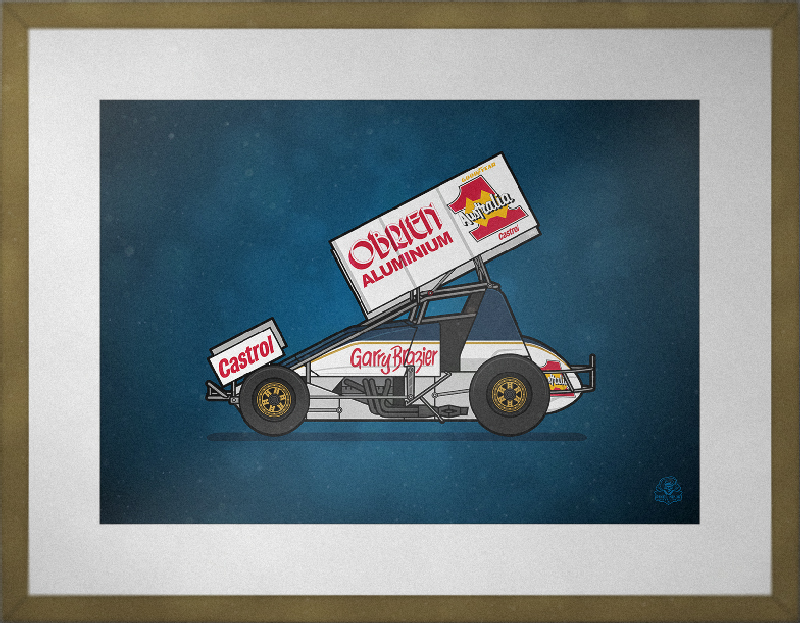 The Retro 410 Print Collection is a five-print series which showcases some of the greatest and iconic liveries to be seen racing in south-west Victoria during the 1980's and 1990's. Each livery in the series was researched extensively from old photos and speedway magazines to ensure all the details were accurately replicated. This includes sponsor logos, which were hand-painted in most cases, and would vary from race to race.

This series was available to purchase for a limited time during the 2018-19 Australian sprintcar summer season. 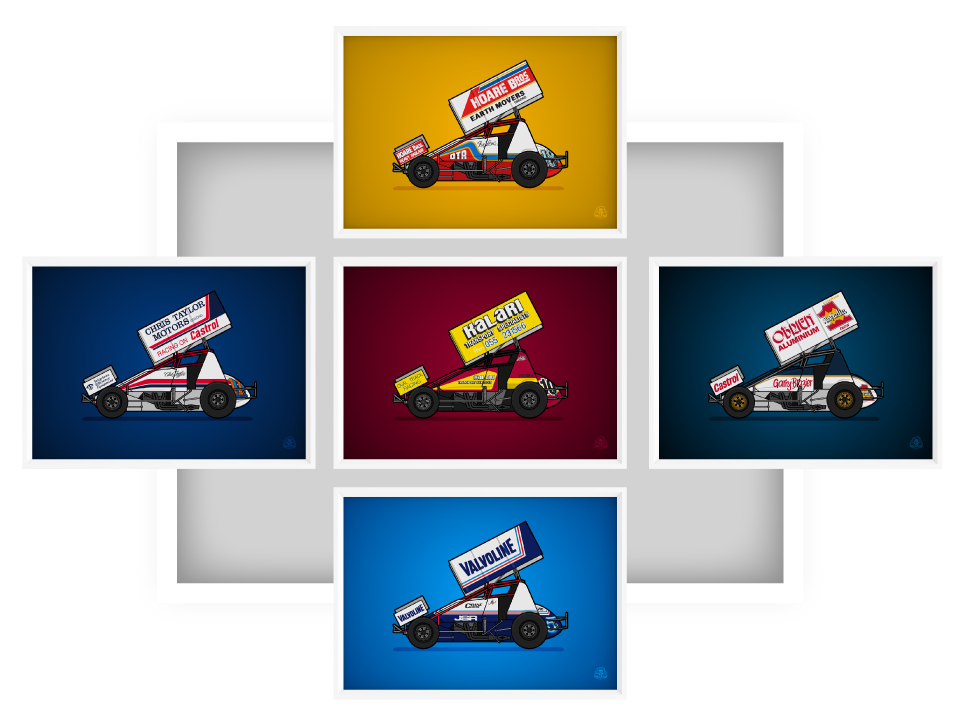 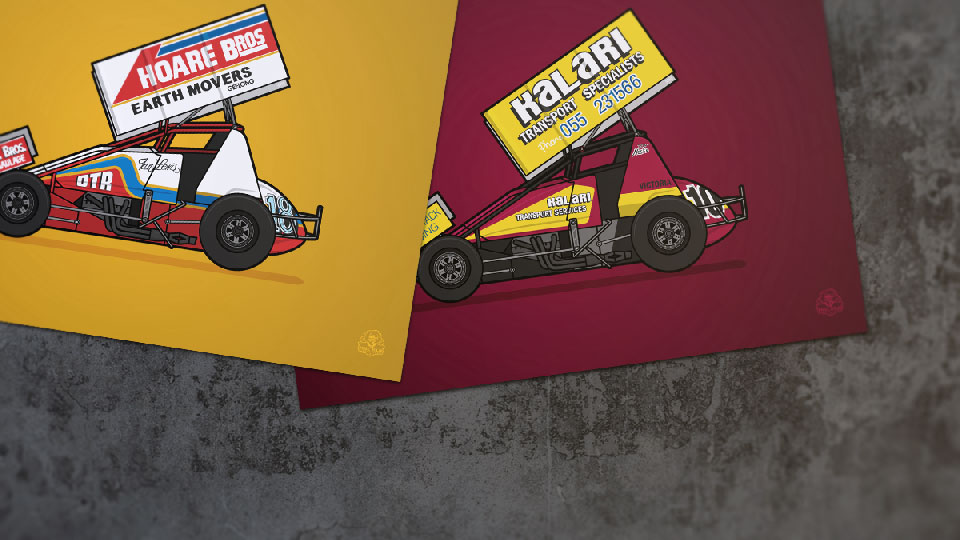 XY Falcon Collection ❯
Rebecca acknowledges the Traditional Owners of the land where she works, the Wadawurrung people of the Kulin Nation.
She pays her respects to Elders past, present, and emerging.