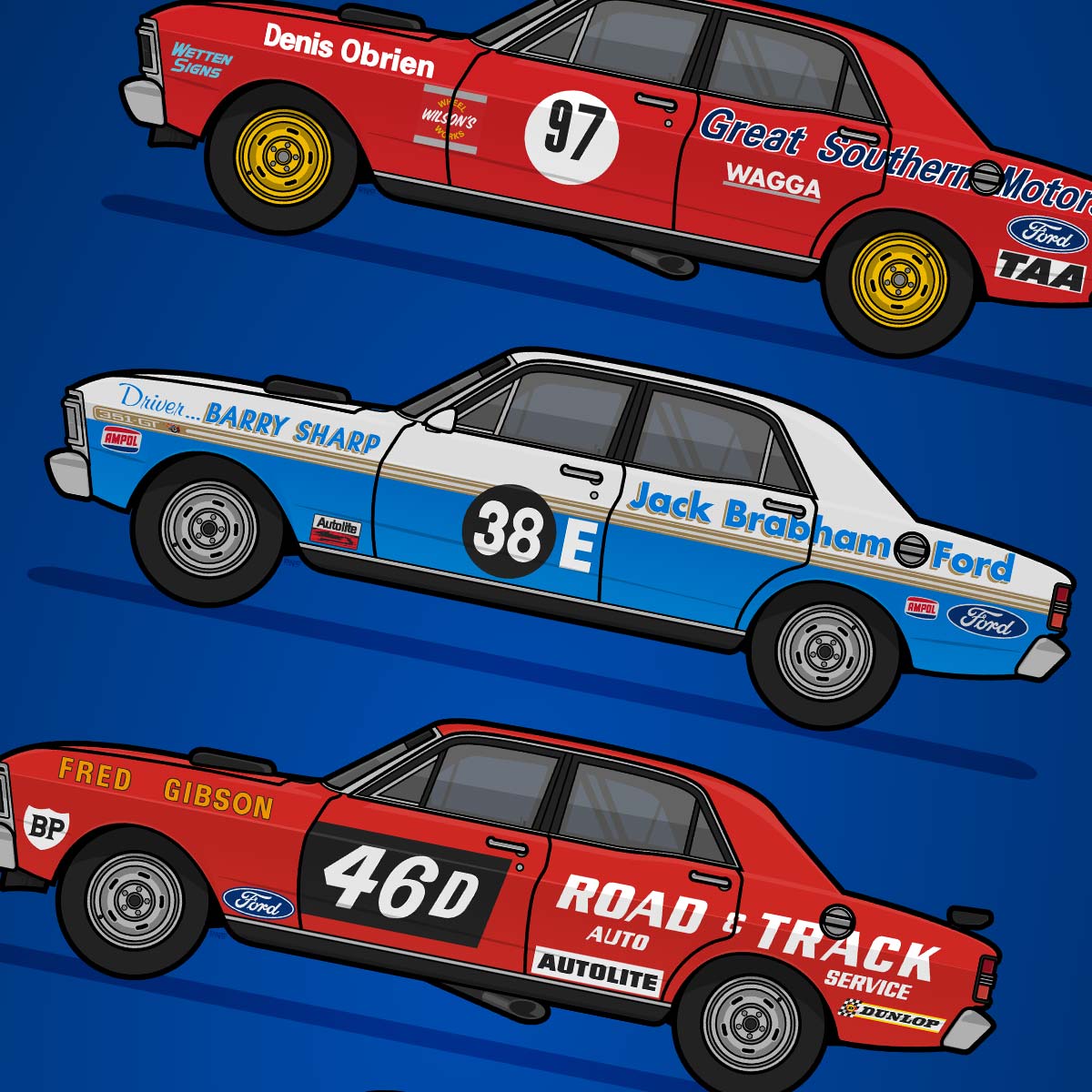 The XY Falcon was used in touring car racing from 1971 as an upgrade to the previous XW Falcon. Legendary drivers including Allan Moffat, Fred Gibson and Murray Carter piloted these heavy machines against notable rivals such as Peter Brock, Colin Bond and Norm Beechey. In the model's debut year, Moffat drove his Falcon to victory in the prestigious Bathurst 500 (now known as the Bathurst 1000). The XY Falcon was a successful car — winning nine races until it was scheduled for replacement the new XA Falcon in 1974. 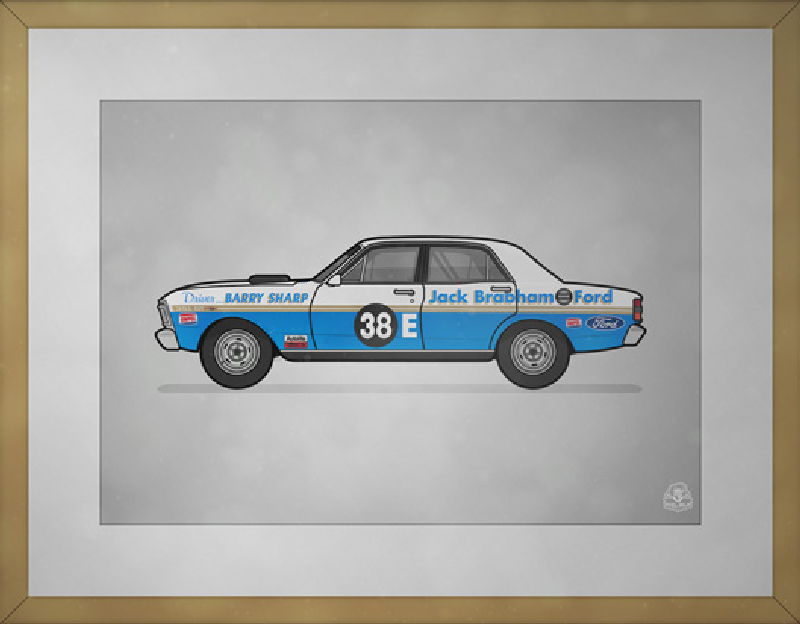 In 2007, the XY Falcon re-emerged and competed in a series known as the Touring Car Masters. This series allowed competitors to enter cars which raced in the Australian Touring Car series up until December 31, 1973. The series continues to this day and gives motorsport fans a chance to witness, or relive, the glory days of Australian motorsport.

This 10-print series is split into two groups. The first group accurately replicates five classic liveries from the XY Falcon's original run between 1971-1973. The second group jumps forward in time to feature five modern liveries which raced at the Touring Cars Masters between 2012-2017. This series was available to purchase for a limited time in 2017. 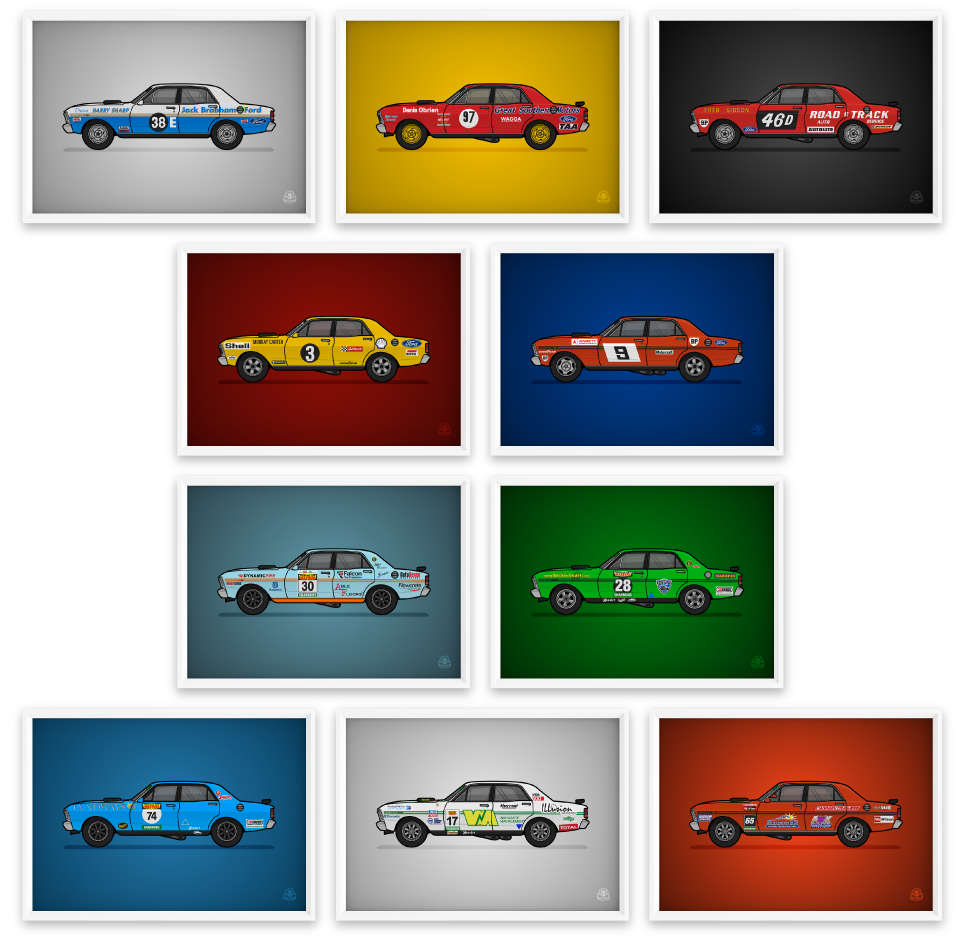 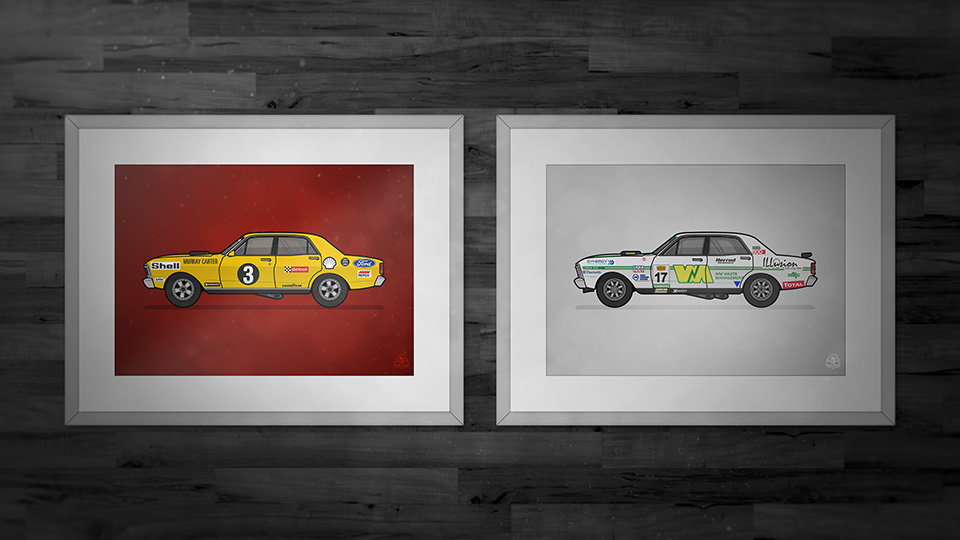 410 Sprintcar Collection ❯
Rebecca acknowledges the Traditional Owners of the land where she works, the Wadawurrung people of the Kulin Nation.
She pays her respects to Elders past, present, and emerging.