Coming Out From The Shadows!

Reminiscent of the noir films from the early-to-mid 20th century, Midnight Rendezvous captures the scene in The Matrix (1999) where a 1965 Lincoln Continental pulls up to Neo (Keanu Reeves) who is waiting under a bridge, out of the pouring rain, and about to meet Morpheus (Laurence Fishburne).

The Matrix is a franchise that I hold dear to my heart. Created by two transgender women, Lana and Lily Wachowski, the first film had such a profound effect on me as a trans individual trying to understand herself and it's a film I keep returning to.

Following on from the release of "Rise" for Transgender Day of Visibility 2021, I wanted to create another automotive piece to coincide with TDoV 2022.

While there are no trans flags/colours used in this artwork (although there is an easter egg hidden in the darkness), it's the symbolism of the scene in the film and Trinity's (Carrie-Anne Moss) remark a few moments later which inspired me to create this piece:
"... you have been down there Neo, you know that road, you know exactly where it ends. And I know that's not where you want to be." [I feel those words, Trin.]

When composing this artwork, I looked at examples of old Hollywood films to try and understand the techniques used in creating a noir film. Low angles, dutch tilt and contrast with a emphasis on shadows were my main focus points.

The initial sketch was completed in Krita (which has an excellent 2 Point Perspective tool) and was then redrawn in Illustrator before finishing with the shading and textures in Photoshop. The brushes used for the shading are the "Gouache Shader" brush pack, which is available from Retro Supply.

To fill in the background and add interest to the piece, I researched the film location for the bridge used in the scene and found the Surry Hills Hotel located opposite the bridge. The architecture of the hotel turned out to be a perfect fit for the environment I was looking to create.

The Midnight Rendezvous logo was inspired by the film title cards of that era. Drop shadows, quotation marks and warped text is seen on many of those classic films.

Two variations of Midnight Rendezvous were created: a blue-tinted "Film" version (for the film noir look), and a green-tinted "Console" version (I'm sure you know why 😉) 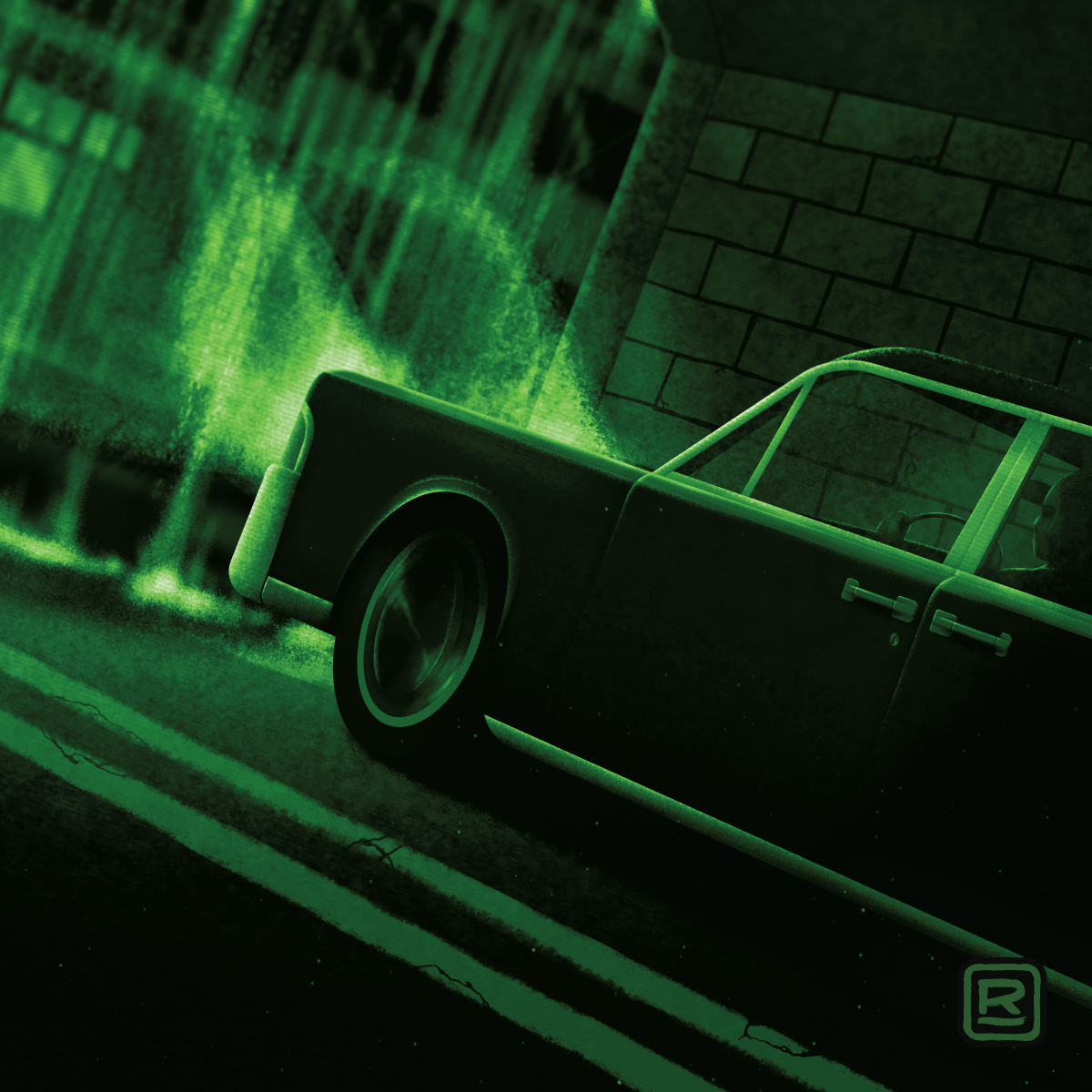